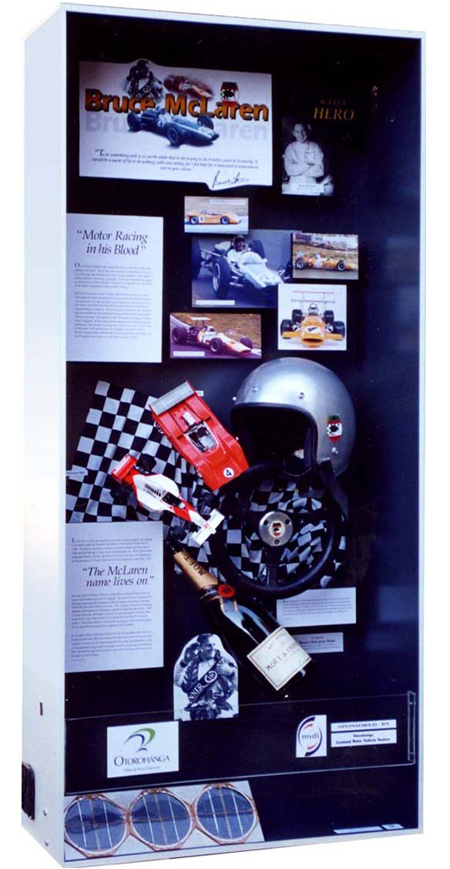 Gone but not forgotten

One of New Zealand’s best Grand Prix drivers was born with motor racing in his blood. Bruce McLaren learned the art of broadsiding on his tricycle at a young age and worked on his early “racing machines” at his father’s service station in Remuera, Auckland. At the age of fourteen he began an engineering course at Seddon Technical College and later followed in his father’s footsteps and took up motor racing.

Bruce McLaren’s first car was an Austin 7 Ulster, which he drove on a well-worn figure-8 course around the fruit trees on the back section at home. As soon as he was old enough to gain a licence he took part in local hill climbs and sprint meetings and was now allowed to race his father’s Austin Healy at Ardmore, near Papakura. He showed great promise on the track and was awarded the New Zealand International Grand Prix Association’s “Driver to Europe” scholarship in 1958. That year he took part in his first Grand Prix in Germany and his first Formula One victory was in Belgium in 1960. When he won his first Grand Prix at Sebring in the United States in 1959, he became the youngest driver ever to win a world championship Formula One event, a record that still stands.