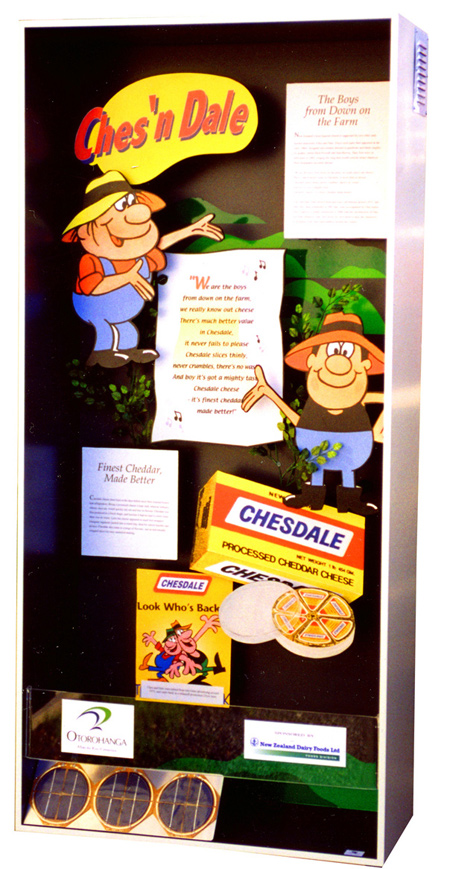 The boys from down on the farm

New Zealand’s most famous cheese (Chesdale) is supported by two other well-known characters, Ches and Dale. These rural types first appeared in the early 1960s, designed and suitably dressed in gumboots and black singlets by graphic artists, Dick Frizzell and Sam Harvey.

They first aired on television in 1965, singing the song that would soon be heard wherever New Zealanders travelled abroad:

“We are the boys from down on the farm,
we really know our cheese
There’s much better value in Chesdale, it never fails to please
Chesdale slices thinly, never crumbles, there’s no waste
And boy, it’s got a mighty taste
Chesdale cheese – it’s finest cheddar, made better!”

Ches and Dale were retired from television advertising around 1975 and when they were relaunched in 1997 they were accompanied by Ches Junior. They acquired a further dimension in 2000 with the introduction of Ches and Dale character suits and actors are now hired to play the characters at shopping malls and supermarkets around the country.